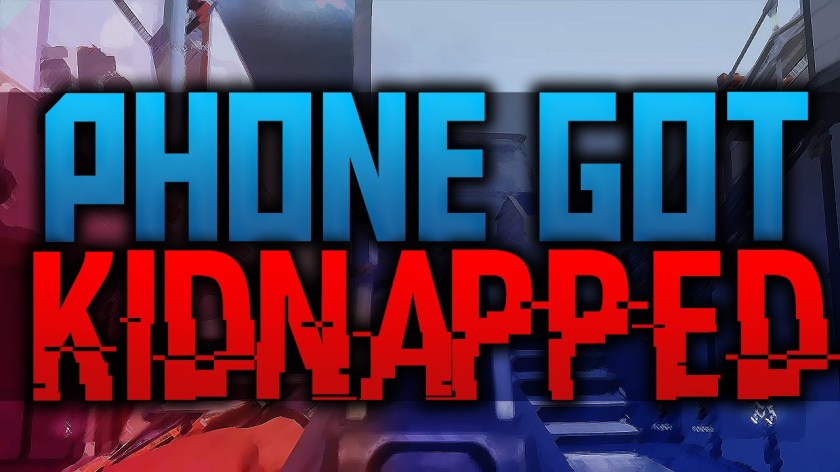 I remember resting and cooling off inside my owner’s bag after she had finished making use of me. I was tired and hot so I decided to snooze a bit before she remembered that she had to call someone and subject me to eavesdropping for ten minutes or before she started texting for hours on end.

I remember the comfortable position I had assumed while I nestled in the bag before I felt myself being pulled out. “Not again” I grumbled, unwilling to leave my comfort zone. At that point, I realized that it wasn’t my owner holding me. These hands were callous in contrast to my owner’s soft ones. I managed to slide down these hands a little but I still held on for fear of being damaged. I looked around for my owner but she was nowhere near. I realized that I had been phone – napped. Alas! I had been stolen! I whimpered as these rough hands held me and forcibly pushed me into smelly pockets. At that point, I began to hope for a miracle, that someone would try to call my owner so I could scream as loud as I could to alert my owner. About twenty minutes later, fate smiled upon me as someone actually called but then I realized that I could only vibrate. I was so scared. I was doomed it seemed. I felt myself being pulled out and as I was fiddled with, I came to the knowledge that I was being turned off. I began to accept my fate as I drifted into unconsciousness.

I heard voices around me as I began to boot. As I regained consciousness, I realized that I was in the presence of other phones that had been stolen too. I looked around me and discovered that there were five others apart from me. “Hello fresh cake” Nokia Asha said. He seemed to be the oldest among the devices. “Where am I?” I replied. “We don’t know” a Samsung Galaxy tablet said as he looked at me sadly. We had been taken from our owners and put in this place to be sold to other people. As I conversed with the other devices, I realized that there had been others before me and that the Samsung Galaxy tablet was the last one in before me. There had been others but they had been sold. Nokia Asha had no hope of being sold. He said he was becoming ancient. He told me I didn’t have anything to fear as I was bound to be bought. He said, “I called you fresh cake when you first came in because people are interested in your make. You’ll be out of here in no time. You’re an Infinix hot 2.”

Two days after, I found myself being tossed from hand to hand while listening to stuff like “I’ve used it. This is a great product”. How dare that man refer to me as ‘it’? I am infinix hot 2 for crying out loud and I’m a sleek model, a female! I realized that my musings were the last of my problems when the bargaining began and someone had the guts to say he wanted to pay 10,000 Naira for me. You can imagine! I mean, take a look at me. To cut the story short, I was sold to the highest bidder for 25,000 Naira when I’m worth 40,000 Naira.

As I began to know my new owner, I realized that he was very careless and he dropped me often. I had sustained enough injuries, so much that if my former owner saw me, she wouldn’t even recognize me. I really hoped that she would find me but as time went on, I realized that I could only dream.

Hello dear readers! I’m so sorry that I’ve been MIA for months. My phone was stolen and this piece I wrote is another one of my random thoughts, something I imagined that my phone went through. I had so many thoughts that I had written down and when my phone was stolen, I felt terrible because I had no backup. For weeks, I couldn’t write anything but the good news is that I’m back and ready to share what goes on in my head with all of you. Another good news is that I have a laptop! Now, there’s backup and I plan on updating every Friday as God wills it. I will really appreciate it if you tell a friend to tell a friend about Ruonaahsculture.

Until next time people.

My name is Oseruona Asak, but I'll let you call me ‘Ruona. I haven't found the perfect words to describe me yet but I’m very passionate about those things that are close to my heart, including sharing my thoughts with you. View All Posts

Notes for my Woman

Dear woman, You are beautiful, you are unique. Love your skin, love your hair, love your body, ‘cos there’s only one you. Listen to your intuition about what is right for you. Take care of yourself because you matter. It is okay to be selfish sometimes. You’re doing fine. You do not need to put […]

The First Time I Traveled to Gombe State: Part 2.

This is a sequel to “The First time I traveled to Gombe State”. You’d understand better if you’ve read the first part 💜. Three hours later, I woke up to sounds of “where is the driver?” He was nowhere to be found! I was confused ‘cos isn’t the driver the one that usually looks for […]

The First time I traveled to Gombe State.

I used to pride myself on being someone that liked to travel until the journey to Gombe State changed my life forever. There’s no way you’d spend two days on the road like I did and your life will remain the same. I’ve made this two-day trip two more times but the memory of the […]